How do you destroy solid state hard drives? Through shredding, of course.

Companies who amass a lot of data most likely rely on solid state hard drives, or SSDs, for data storage, which are vastly different than traditional hard drives. There are no moving parts inside an SSD. Rather than using disks and read/write heads, SSDs use flash memory instead, which is basically computer chips that retain their information even when there is an absence of power.

Of course, this type of storage isn’t exclusive to big data. Many consumer products now rely on SSD storage. Many Apple products, for example, like the MacBook, Retina MacBook Pro, and MacBook Air all come with an SSD.

Degaussing doesn’t do it!

Degaussing involves passing the magnetic media through a powerful magnetic field to rearrange the polarity of the particles, thus completely removing any likeness of the previously recorded data. It renders any and all previous data unrecoverable. A degausser is good if you want to completely erase all audio, video and data signals from the magnetic storage.

This method will not work for SSD because SSD doesn’t use magnets to store data. SSDs work in the same way the storage on your smartphone or tablet works. SSDs are smaller, use less power and are more reliable because they’re not mechanical. Because of how they’re engineered and how they work, degaussing is pretty much useless.

The simplest way to completely wipe a hard drive is to use free data destruction software, sometimes called hard drive eraser software or disk wipe software. While this is possible on an SSD, it’s really more of a “reset” than it is a full removal of data. It’s not exactly foolproof, therefore not recommended for SSD destruction.

Your best bet is to shred it!

The best practice to destroy a solid state drive is hard drive shredding. Legal Shred offers hard drive destruction services through the use of our shredders; this method works similarly to how we destroy paper documents, except it is the hard drive that is being shredded into unusable pieces. Data is impossible to retrieve once it has been pulverized.

Legal Shred can destroy your SSD, on your property and in your presence, and you will receive a certificate of destruction upon completion. Hard drive shredding for SSD is the only true way to achieve peace of mind when disposing of this type of storage.

For more information on hard drive destruction and other routine services, visit our services page. 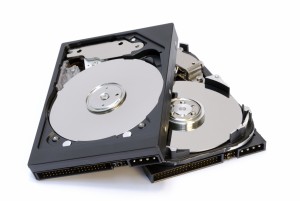